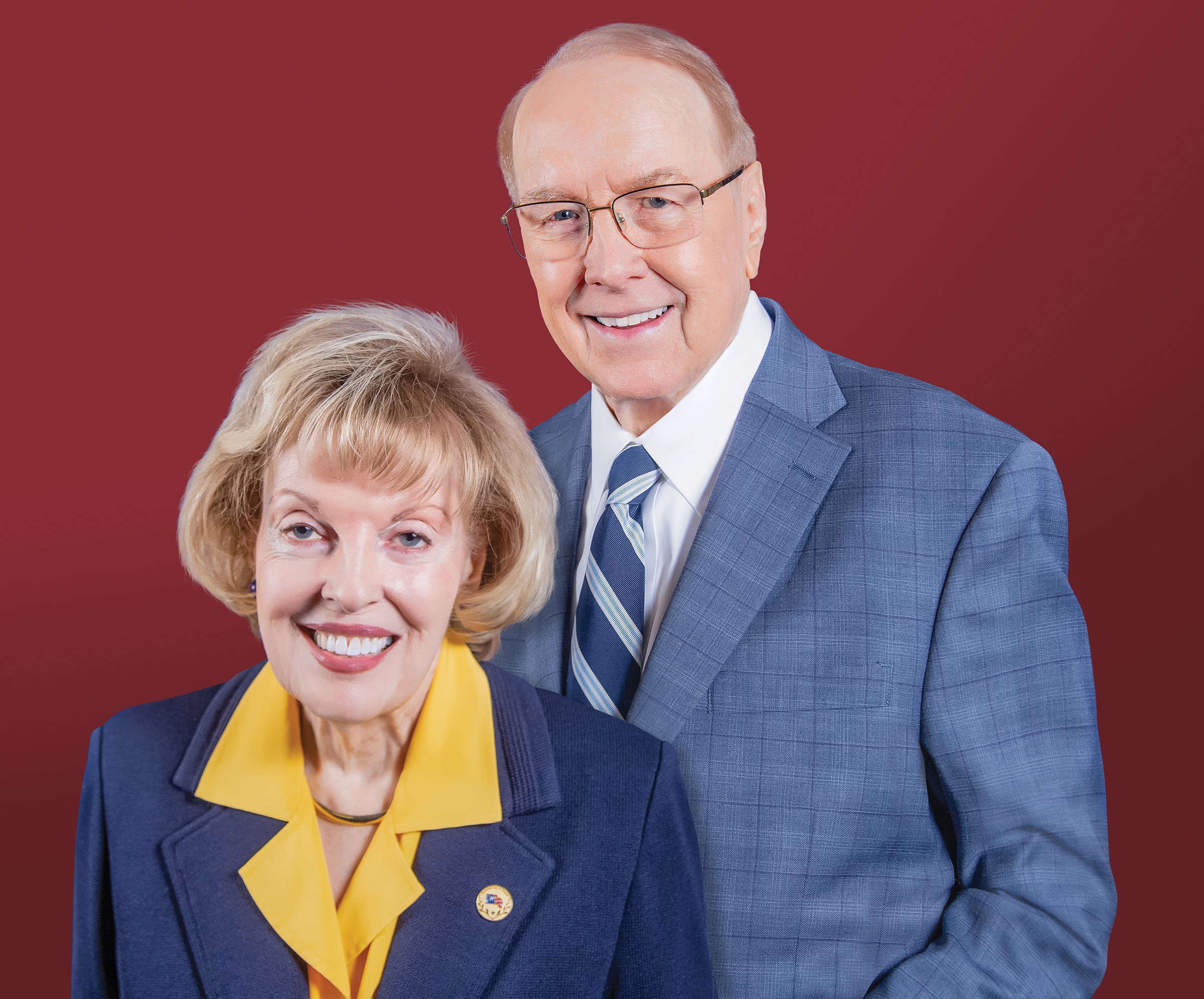 What a privilege it is to honor Dr. James and Shirley Dobson as recipients of the 14th annual Zig Ziglar Servant Leadership Award. This couple has touched the lives of millions of families through their ministry, undergirding Christian values for families in today’s world.

Dr. James Dobson is the founder and president of the James Dobson Family Institute, a nonprofit organization that produces his radio program, “Dr. James Dobson's Family Talk.” He has an earned Ph.D. from the University of Southern California and 18 honorary doctoral degrees. He is the author of more than 70 books dedicated to the preservation of the family. They include The New Dare to Discipline; Love for a Lifetime; Life on the Edge; Love Must Be Tough; The New Strong-Willed Child;When God Doesn’t Make Sense; Bringing Up Boys; Marriage Under Fire; Bringing Up Girls; and, most recently, Your Legacy: The Greatest Gift.

Dr. Dobson served as an associate clinical professor of pediatrics at the University of Southern California School of Medicine for 14 years and on the attending staff of Children’s Hospital of Los Angeles for 17 years in the divisions of Child Development and Medical Genetics.

Dr. Dobson’s first film series entitled, “Focus on the Family,” has been seen by over 80 million people around the world. As Dr. Dobson considers the initial film series to be the first bookend of his professional life, a new eight-part DVD series, “Building a Family Legacy,” is the second bookend.

Over the years, Dr. Dobson’s commitment to the institution of the family has resulted in his being called upon for various civic responsibilities. He served on the task force that summarized the White House Conference on Families and received a special commendation from President Jimmy Carter in 1980. He was appointed by President Ronald Reagan to the National Advisory Commission to the Office of Juvenile Justice and Delinquency Prevention, and to Attorney General Edwin Meese’s Commission on Pornography. He also served on the Attorney General’s Advisory Board on Missing and Exploited Children. Dr. Dobson was appointed by Senator Robert Dole to the Commission on Child and Family Welfare and was appointed by Senate Majority Leader Trent Lott to the National Gambling Impact Study Commission. He has advised five U.S. presidents on the welfare of the family and has served as the Honorary Chairman for President Trump’s White House Faith Advisory Board.

In 2008 Dr. Dobson was inducted into The National Radio Hall of Fame.

Dr. Dobson has been married to Shirley for 61 years, and they have two grown children, Danae and Ryan, and two grandchildren.